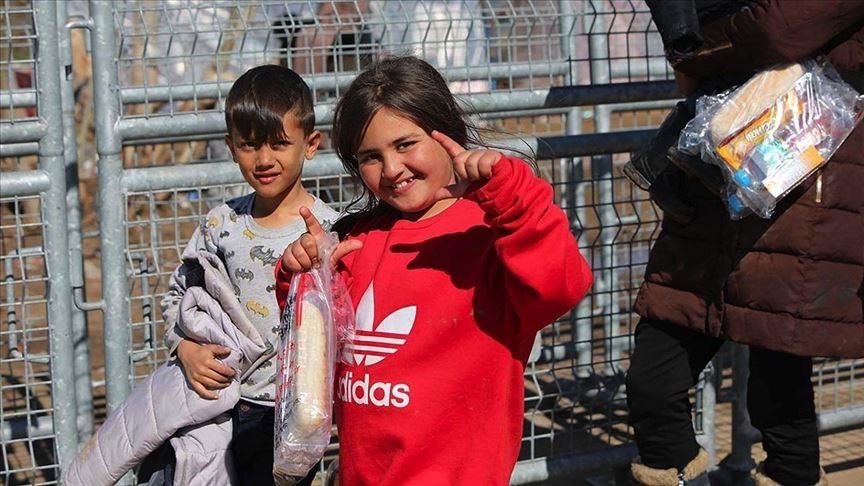 Over 10,000 asylum seekers wait at Greek border to enter Europe, many fleeing war and persecution in home countries.


With hopes of crossing into Europe, the wait of asylum seekers along the Turkish-Greek border in northwestern Turkey entered day 27 on Wednesday.

Though Greek security forces’ violence against the asylum seekers continues, the wait to enter Europe has reached almost a full month.

Some asylum seekers tried to cross into Greece from the Meric River along the border, while others have been waiting around the buffer zone between the Kastanies and Pazarkule gates on the edge of Turkey’s Edirne province, hoping Athens will allow their passage.

Hundreds of Turkish security officials, medics, caretakers, and officials from various government agencies continue to provide services for asylum seekers in the region day and night.

Uninterrupted humanitarian aid to the asylum seekers also continues in the region under the coordination of Edirne Governor Ekrem Canalp.

Additionally, over half a million packets of food supplies and 226,000 beverages were distributed.

A total of 150 stalls with shower, sink, and separate toilets for both men and women are in service, along with water tanks.

The Edirne Governorship on Twitter also criticized those slamming the asylum seekers and spreading false news, saying, “We recommend those social media accounts that are caught up with lies and slander hysteria on the humanitarian aid for refugees to expend their energies against the Greek side,” decrying their use of tear gas and rubber and metal bullets against the asylum seekers.

Late last month, Turkey announced it would no longer stop asylum seekers from reaching Europe via land, accusing the EU of failing to keep promises under a 2016 migrant deal.

Ankara also warned that due to attacks on civilians in Idlib, Syria, a million refugees were moving toward Turkey’s borders, but it cannot take in any more.